According to Jahmal on Twitter, when he met Wizkid, he was wearing a shirt with the inscription “Davido 30 BG” because he was working with the team for Davido’s 30 BG concert at the time.

Wizkid immediately recognized him and gave him the moniker ’30 BG.’

He continued his tweet by saying that when Wizkid noticed he had changed from wearing a 30 BG shirt to a DJ Spinall shirt, he bursted out laughing, and they then made the video, which he shared.

Below are screenshots of his tweets: 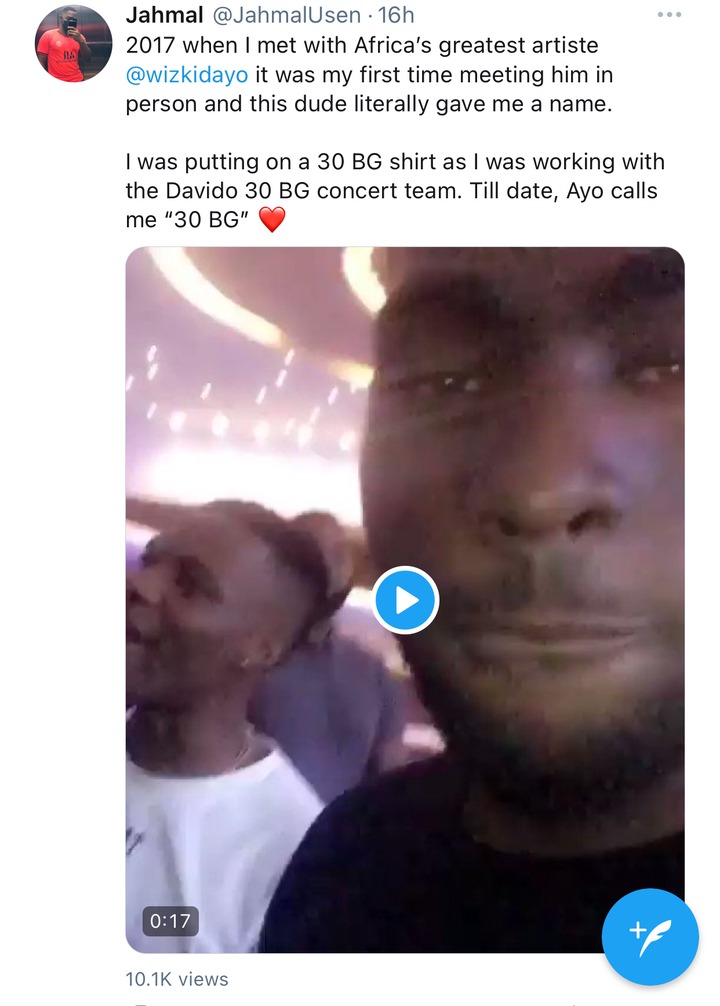 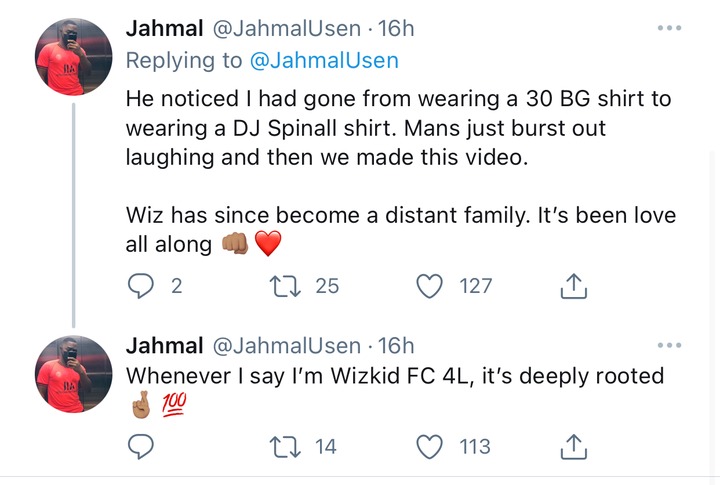 Asake – Peace Be Unto You (PBUY)