Nigerian entertainer, Korra Obidi, has shared her two cents on the trending issue of domestic violence.

READ ALSO:Man finds out the baby he has been taking care of isn’t his after 9 months [FULL GIST]

Stating her reasons for saying so, the mother of one who auditioned for American dance show ‘So You Think You Can Dance’ (SYTYCD) while heavily pregnant says the child raised in an abusive home will end up growing into an adult who will be abusive towards his spouse.

“A child in a broken marriage is better off than a child who watches their father constantly abuse their mother.” 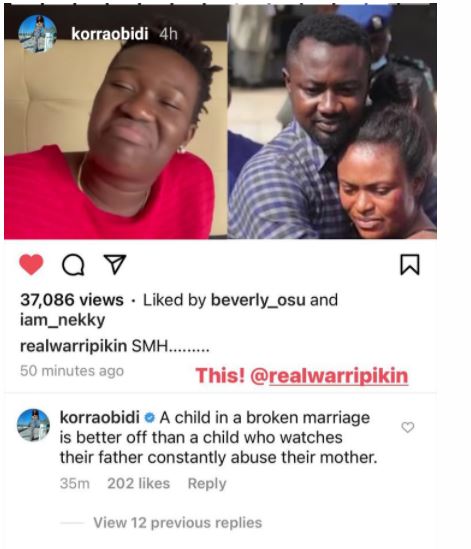